I’m a sound designer, music producer, audio engineer.
Sound design is intimately connected with music making for me.
It is a natural extension of electronic music creation.
On this website you can purchase my sound sets created for various electronic instruments, read some musings about MPE, and get in touch if you are looking for custom, bespoke sound design for your project, movie, game. Latest projects include synth sound design for Hans Zimmer (James Bond ‘ No Time To Die and Top Gun 2) and specialist audio work for Kano (Donda player). Don’t forget to check out some of my remixes for various artists here.

If you really want to know...

Since I was a kid I wanted to make electronic music. This was after my father introduced me to the music of Jean Michele Jarre. His music opened my mind to new sonic vistas and I was hooked on the ‘electronic’ sound from an early age. I grew up listening to JMJ, Vangelis, Tangerine Dream, Kraftwerk, Klaus Shulze as well as the more commercial genres like Italo-Disco, Synth Pop, Techno. As a teen, not knowing how to go about the business of making my own music, I decided to learn about sound engineering - enorreusly thinking that this is what is needed in order to become an ‘electronic musician’ and enrolled to 'School of Audio Engineering' in London. This was some time in 1993 or so.

With my engineering diploma in hand, I started working as a sound engineer in various studios and as a live PA engineer, but to be honest, that wasn’t what I wanted to do. I wanted to make electronic music. I had a Yamaha SY77 (bought brand spanking new some time in 1992) and continued making music on it all along. This synth is responsible for my total addiction to sound design. I made two albums on this workstation (one released in 1996 on a now defunct X-Service record label in Poland) and have developed a deeper understanding of FM synthesis. I loved analogue sounds as used by all my synth heroes, and yet all I had was this 'cold' sounding FM synth engine (coupled with samples). So I learnt to use FM as a subtractive 'analog' synth in order to mimic sounds I loved from albums like Oxygene, Rubycon, Albedo, Autobahn, Oasis and more.

Since I was making my own patches all my music-playing life, sound design felt natural to me. One day I made some free patches for Krakli ( run by Ian Webster) He loved the sounds as did the users of his synths. Inspired by a warm reception, I thought of making more sounds for other synths. So In 2007 I created my 'Electric Himalaya' alias and ventured on a new sound design adventure by releasing my first commercial sound set for AAS Tassman 4 modular synth. This sound set was a huge success for me and the rest is history. During my sound design career I was always recommended by various people to different companies and have found myself doing projects for Applied Acoustic Systems, Steinberg, Camel Audio, etc. when I was recommended by Angus Hewlett from FXpansion to a newly formed company called ROLI, little did I know that it would become my full-time sound design gig for more than 9 years now.

From 2012 to 2019 I was a guest 'sound design' tutor at the Westminster University (Harrow campus, London), where I taught sound design techniques to students on the MA Music Production course.

Through my sound design work I have become acquainted with audio restoration and have a deep skill set when it comes to manipulating of audio in order to render it pristine. From basic denoisng, complex spectral editing, and audio extraction (creating stems from a stereo file).

What’s in the name?

Why ‘Electric Himalaya’ ? As I worked on a project in my DAW one day, my attention was taken to the shape of the waveform on one of the tracks. The shape resembled a mountain ridge. As I sat there, I started to think about these mountains and how beautiful the waveform looked. It was almost as if the mountains were represented by the electric current running in my computer…and so it stayed in my mind…mountains…what mountains? The Himalayas, of course. the HIGHEST on Earth…and the electric current…and thus Electric Himalaya was born.

‘Electric’ - this is all about the electronic side. The synth. The machine.
‘Himalaya’ - this is about the ‘organic’, the natural, mystical world around us. 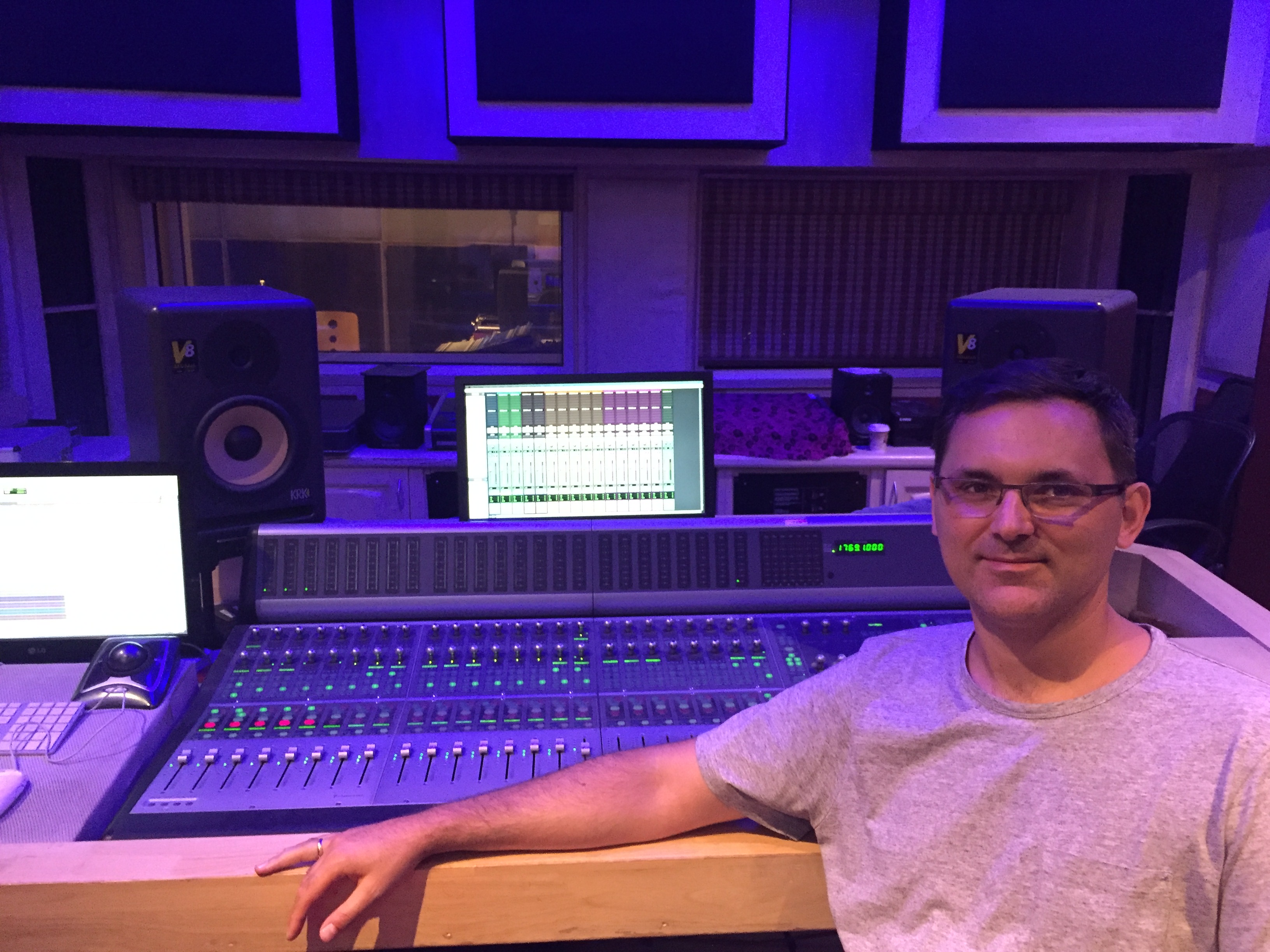 Sampling session for Equator2 at the AR Rahman studio in Chennai, India 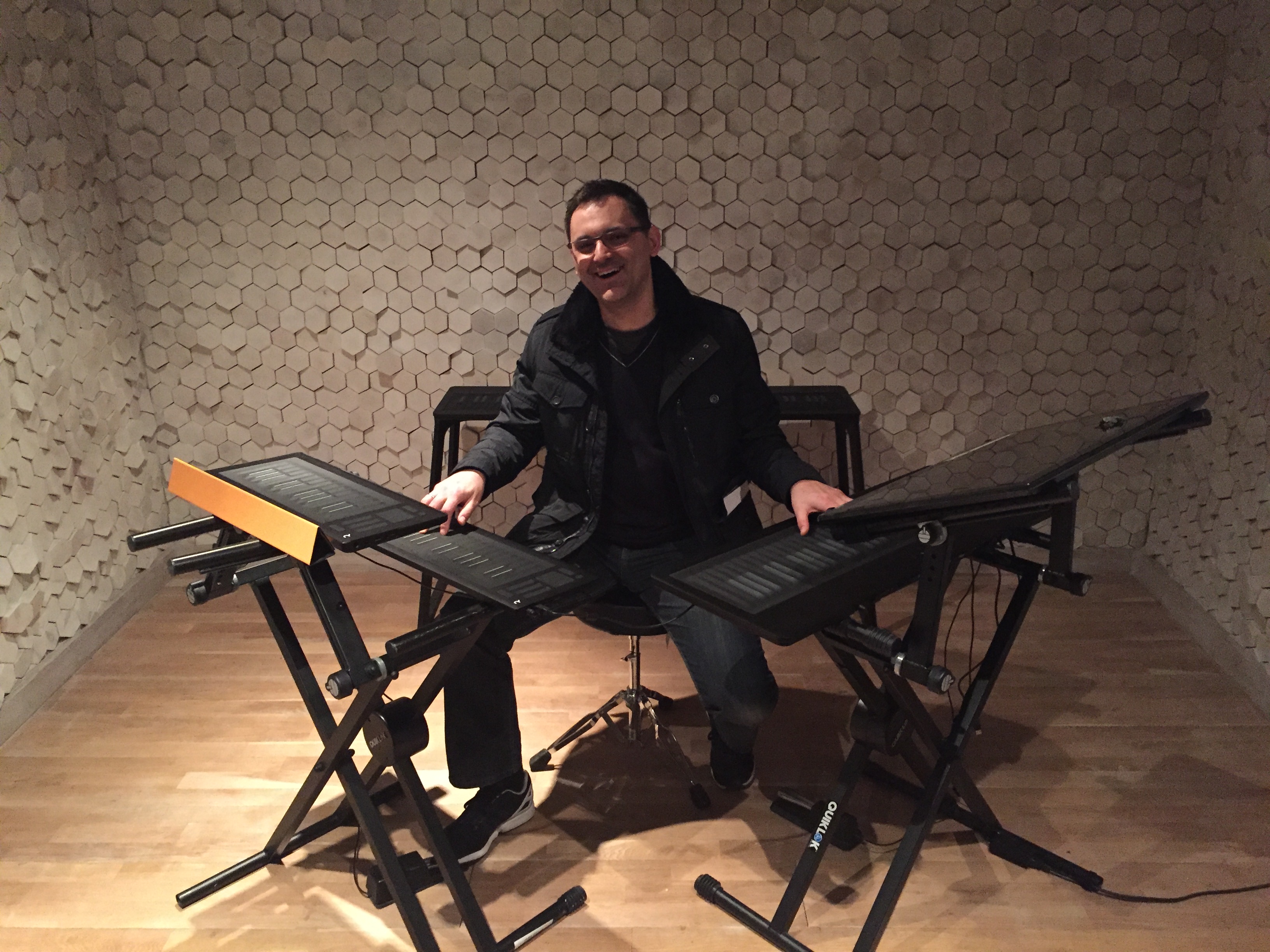 MPE instrumnets are fun! Start playing some and you will have a big smile too! 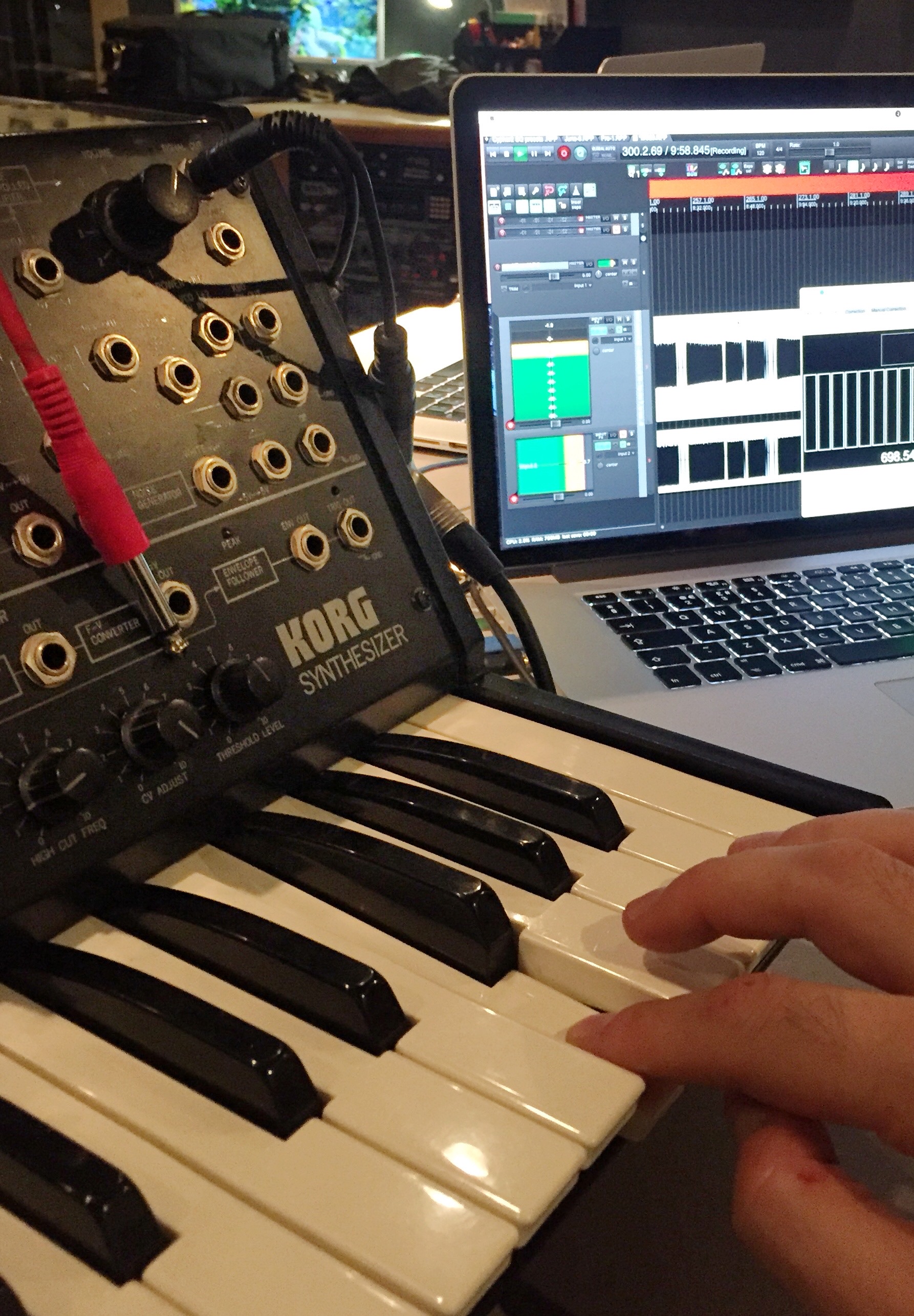 I love vintage analogue synths and have sampled loads! This Korg MS-20 is now part of the Equator2 sample library. 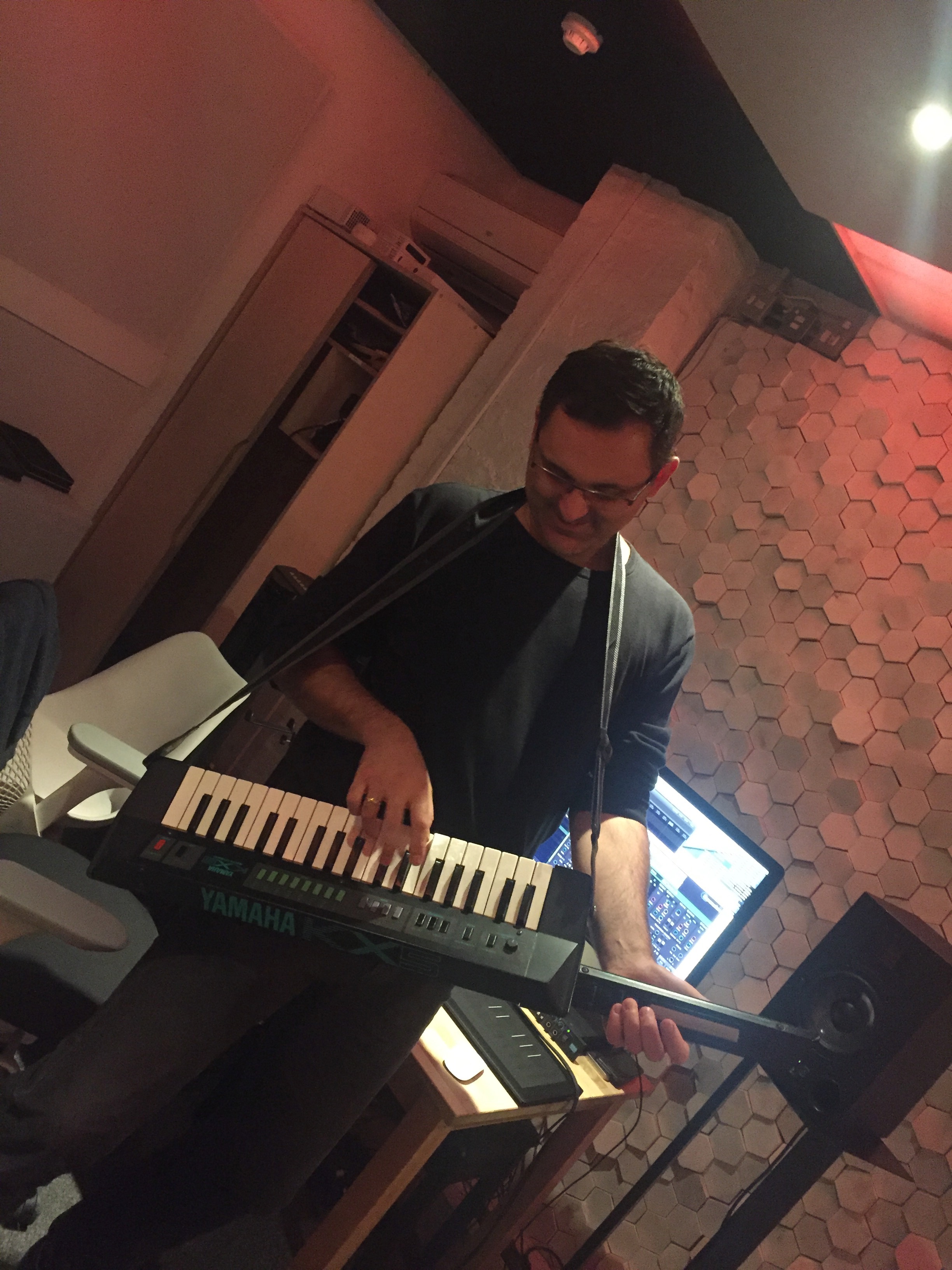 I don’t have the sex-appeal to do this keytar justice. 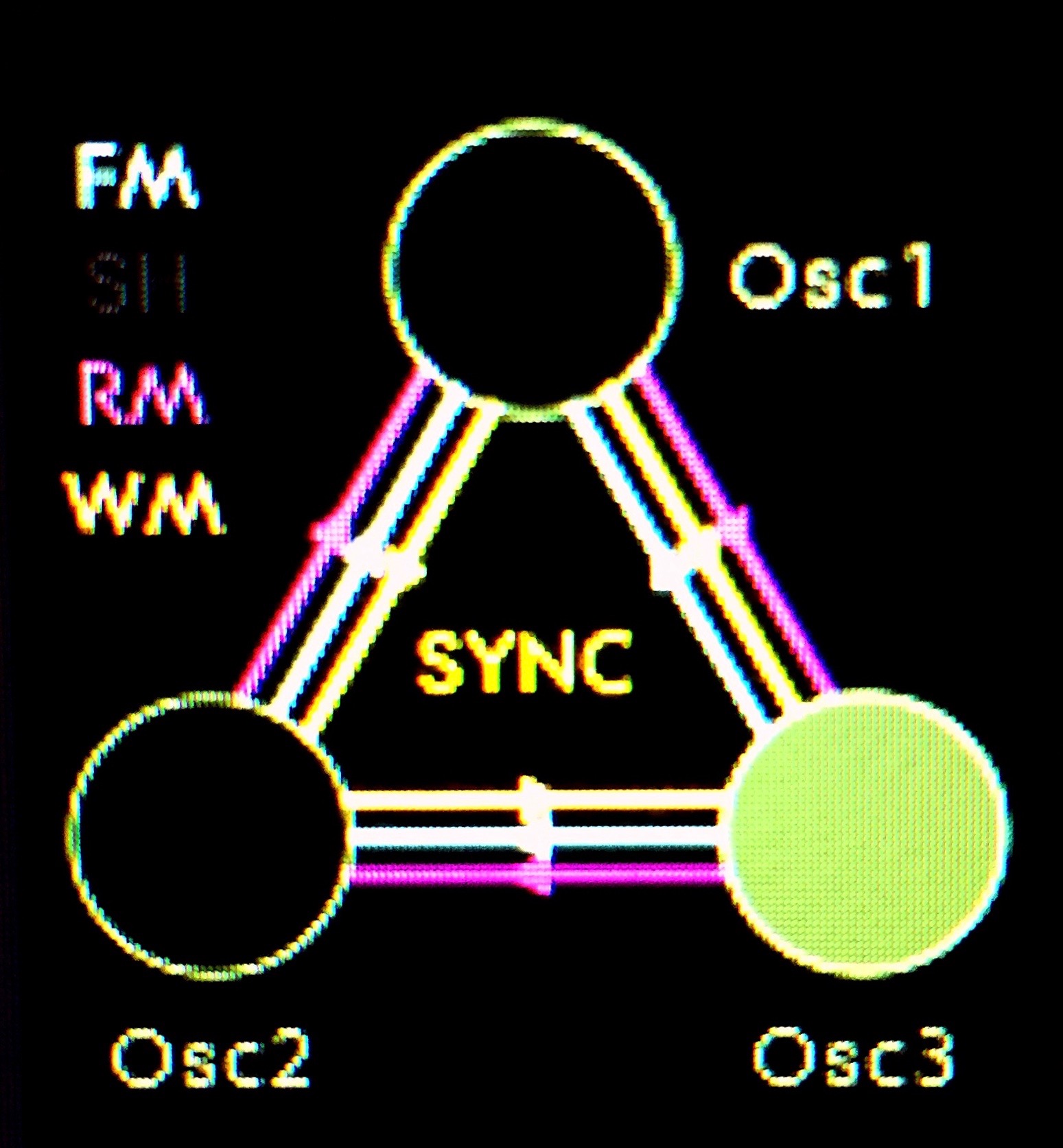 Stay In The Loop

Sign up for our newsletter to receive news and updates.